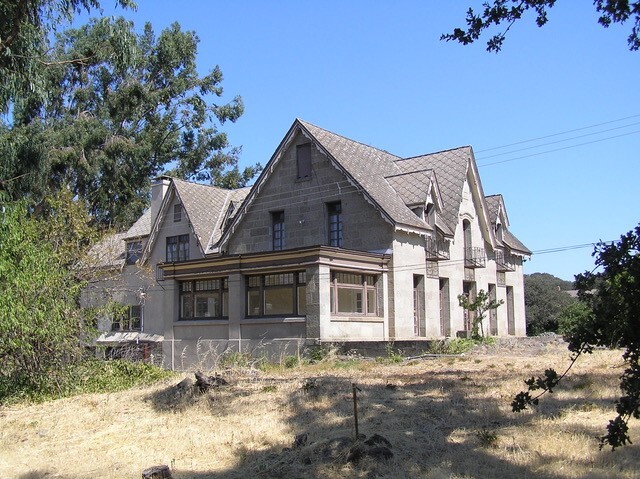 Samuel Martin constructed this house in 1861 on the site of a Suisun Patwin village. 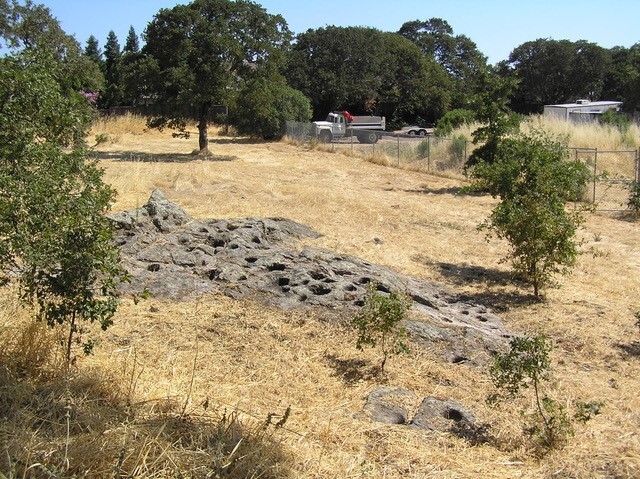 Martin met an aging Sem Yeto, the American Indian also called Chief Solano, who at the time lived in Suisun Valley after being forced off his traditional village. 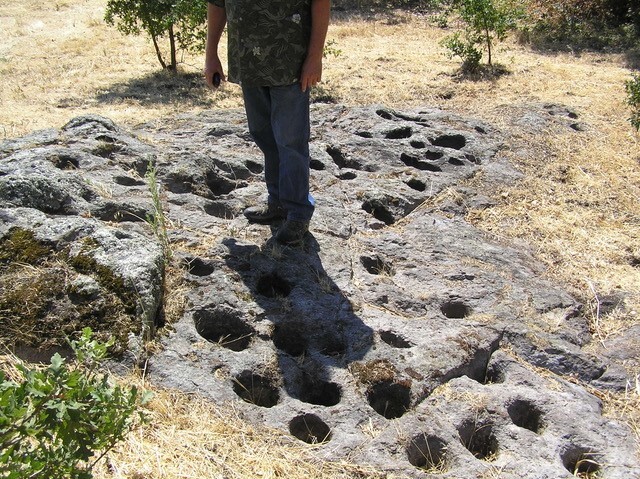 Martin’s obituary described Martin and Chief Solano as being “on the best of terms” and added that Solano’s grave is across the road from Stonedene.

Martin is said to have helped bury Solano under a tree in 1850.

Chief Solano is the county’s namesake. 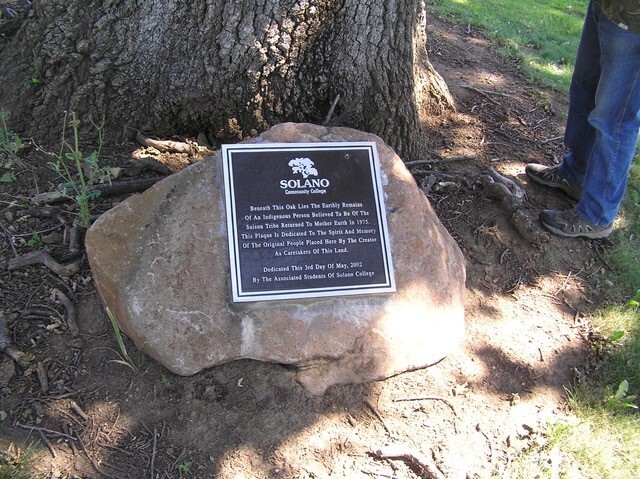 “It’s rare that you find land that so eloquently speaks to almost every significant period of time for our state,” says Solano Historical Society President Elissa DeCaro. “I love Stonedene,” DeCaro said. “It’s such a special place.”

DeCaro talks enthusiastically not only about the house, but the grounds that were the site of a major Patwin village.

DeCaro and others would like to see the house and its grounds purchased for public use. 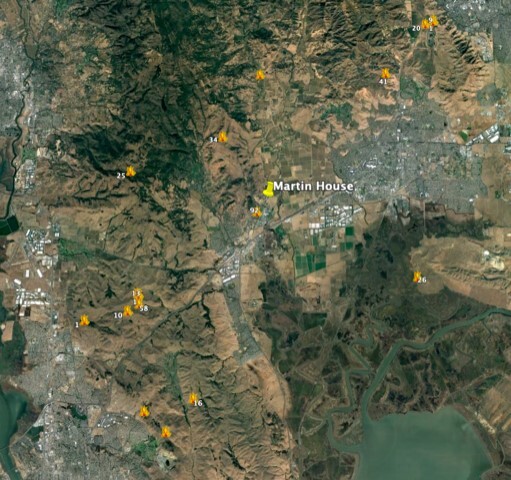 The Martin House has recently been the stuff of controversies, with people clashing over what are necessary updates to the property and what damages its historical integrity.

Due to pending litigation, it may be fenced off.