In the Santa Cruz Mountains at the highest point of Long Ridge are two rocks. One rock is vertical and has a notch in the top, the other is rounded and low with a deep crack in it. At sunset of the winter solstice, a beam of light shines through the notch in the vertical rock and onto the rounded rock, which symbolizes a Turtle’s shell.

An ancient Ohlone creation story tells that, before humans and other animals existed, the souls of all beings were brought from the ocean by Turtle and were contained within Turtle’s shell, represented by a large rounded rock on a ridge top in the Santa Cruz Mountains. At sunset on the winter solstice the sun descended at a certain angle and split the boulder open, and the souls of the people and other animals were set free.  Every year on the winter solstice, the Ohlone people celebrated special rituals at the holy rock.  Now, modern-day Pagans hold ceremonies at the site.

According to legend passed down by Ohlone (Indian) descendants and others, this was a gathering place for shamans from the bay side of the Santa Cruz Mountains to conduct sacred rituals on the winter solstice. 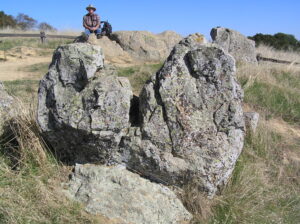 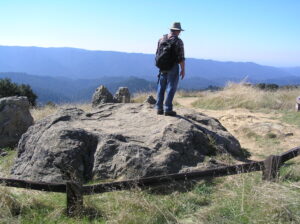 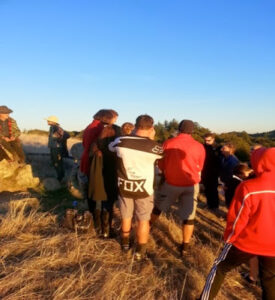 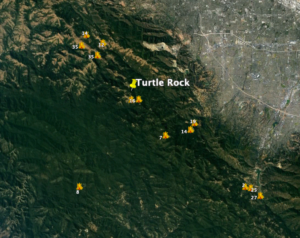