We do not disclose the location of this super important unrecognized and unprotected cave.

The art may be in better condition than at the Vasco Caves. 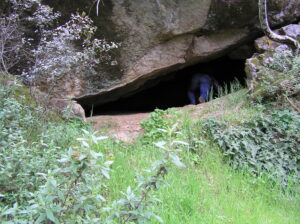 Prominent researchers have identified the image below the circles as representing the Supernova event of the year 1054. More info at the bottom. 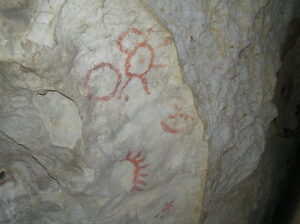 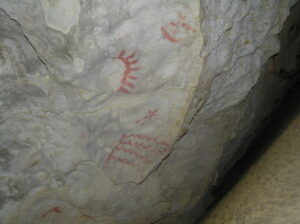 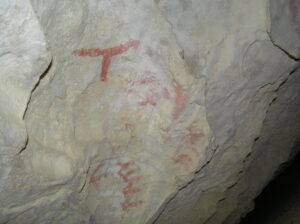 Your guess is as good as ours as to what it all means. Just know that these images are rich with meaning. 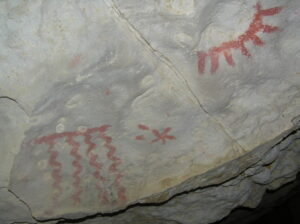 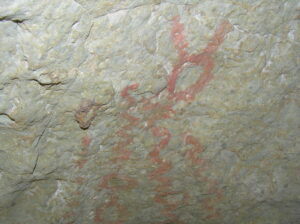 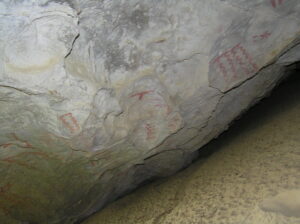 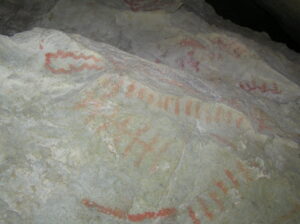 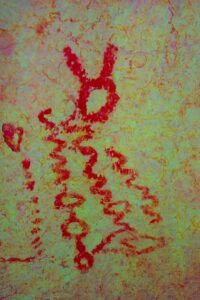 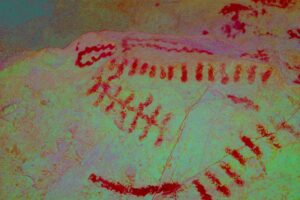 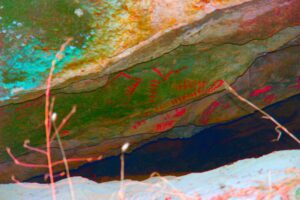 Supernova 1054 occurred on July 4, 1054 in the Crab Nebula. Europeans, Japanese, Iraqis, and Native Americans recorded the event. The supernova was 4X brighter than Venus. It was visible for 23 days during the day and it was visible at its peak for more than two years. A petroglyph at Penasco Blanco in New Mexico is thought to depict the event. The Anasazi Indians recorded the event as well in Chaco Canyon. Local astroarchaeologists suggest that the image to the far right of the main panel of the Volvon Cave pictographs may represent the supernova. The supernova has double stars in the center. That would date the Volvon Cave images at between 948 and 960 years B.P. if the interpretation is accurate. 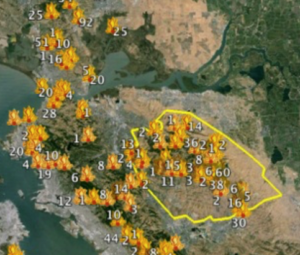